Simplicity – “The simpler we make our lives, the more abundant they become. There is no scarcity except in our souls.” (Sarah Ban Breathnach) 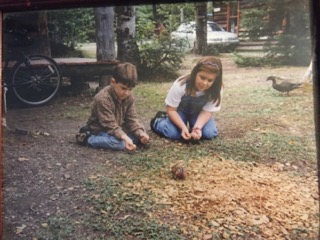 Out of all the pictures of my children, this one makes me smile the most. It hangs in unison, with the ones below, on a wall in our home above my head where I write. My “Campbell Soup Kids,” as my friends used to call them, are feeding a chipmunk, outside our cabin on Moosehead Lake, Maine. It was our second summer on vacation there. We loved it so much in the year prior, that we booked ten days; the first three in a cabin and the remaining week in a contemporary home nearby. 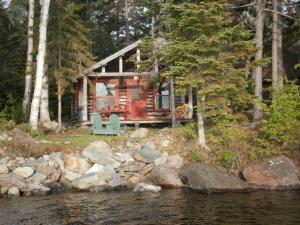 When we arrived at the sparse camp, I was a bit taken back at its simplicity. Although I grew up with brothers, and I spent my childhood exploring the woods behind my house, I am a girl who still appreciates luxury. One look at the bathroom and I was already longing for our move over to the second house. While I hung up a new shower curtain, plugged in the coffee maker, and put away the groceries, Dennis, Dana and Brian wasted no time; they grabbed their bikes and headed off to explore the paths along the lake. Meanwhile, I picked up my pen, notebook, and coffee and settled into my writing outside. 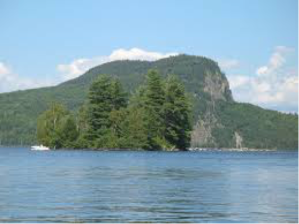 The beauty of the lake shimmered against the backdrop of rugged Mount Kineo. Chiseled and elegant, the mountain stood erect in its graceful surroundings. So much to contemplate, to discard, to embrace. A few pages in, the disappointment of the weathered cabin was replaced with gracious musings of the heart. Peace and tranquility were welcoming gifts to ease the transition from my harried life of corporate work into my grateful self.

In the distance, the faint sound of a barking beagle echoed. In response, one of the chipmunks immediately scaled the side of the woodpile, and frantically sounded the alert, “Attention my fellow chipmunks. Incoming dog bound for Cabin 10!” The vision of that chipmunk standing upright squealing that sound is forever etched in my memory. 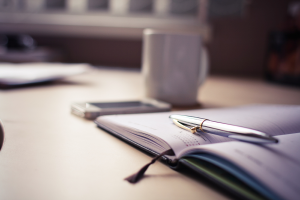 I’ve returned to those camp entries countless times following that trip. Once, after my laptop went missing for three days in a Boston hotel, I wrote an essay about my dependence on technology. That piece was followed by a reflection on my tendency to be driven by materialism. And, in a writing section led by author Sarah Weeks on crafting picture books, the story of the chipmunks reemerged yet again.

At first I attempted to write a story through the eyes of the chipmunk – sort of a cautionary tale about a chipmunk who takes a risk in venturing away from home to grab a sunflower seed on a dare. When I was unable to develop that idea, I switched to telling it from the camp dog’s perspective. The old beagle, a comical character, is a retired captain from the navy. Nearsighted and hard of hearing, he relies on the company of his great nephew. The story would recount their adventures as the “neighborhood watch” for the camps, while the chipmunks are always trying to outsmart the duo. One scene I outlined, shows the captain looking through binoculars out on the lake, announcing, “Enemy on the horizon at three o’clock,” while the nephew looks through his own binoculars and clarifies, “No captain; that’s the children from cabin ten in their kayaks.”

When we moved into the big house, three days later, I was so disappointed. Although it had all the modern conveniences I thought I wanted, our intimacy was disrupted. In our one bedroom cabin and tiny campsite, we drew close at night, and reconnected. It remains as one of my favorite vacations.

Simple abundance… so much from so little – that’s the lesson I learned that summer in Maine. 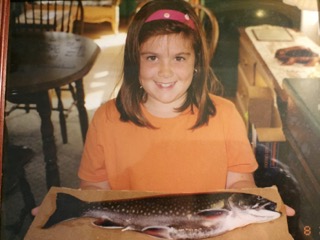 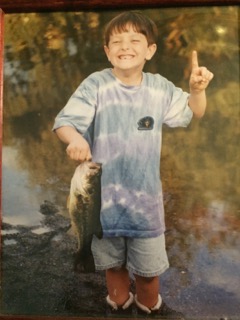 Thank you to the Two Writing Teachers for providing this opportunity to write within such a supportive community. 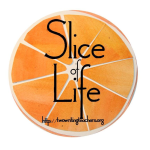